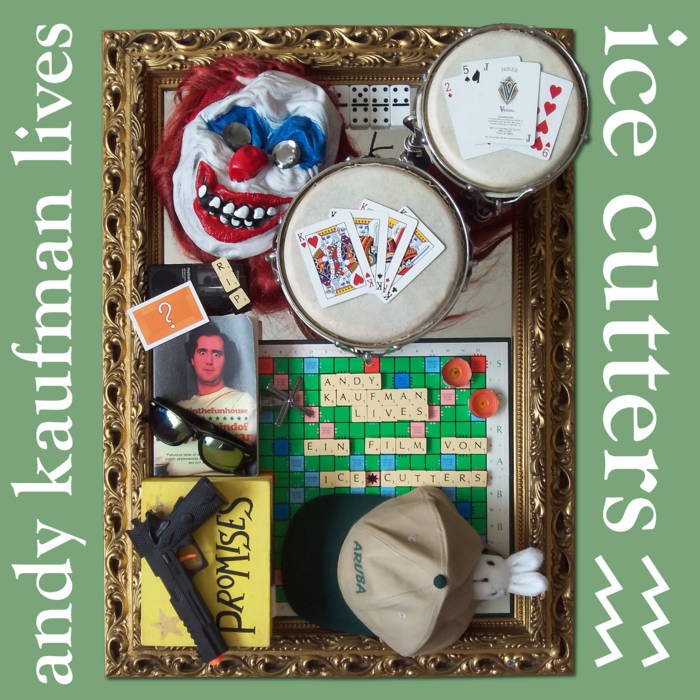 This 2017 album by Ice Cutters was recorded at mostly home with drums overdubbed at a studio in Brynford, Holywell. It is a mellow, melodic album. Released by Junebug Records, a Record Label / Record Company based in Wales, UK.

Andy Kaufman Lives is inspired by the Island Records releases of the early 70's. with influences including John Cale, Cat Stevens, Nick Drake, Brian Wilson / The Beach Boys, Marc Bolan / T-Rex, Duncan Browne, Al Stewart, Leonard Cohen, Bob Dylan, Big Star, The Velvet Underground & Nico, Gene Clark, The Byrds, Nirvana & REM. The centrepieces of the album are two songs about people - performance artist Andy Kaufman and 'Gonzo' artist Ralph Steadman. Ralph lived in my hometown of Abergele in his formative years, and I am a big fan of his artwork. The rumours about Andy Kaufman faking his own death, and the subsequent mystery played a big part in setting the tone and feel of the album.

If you like Ice Cutters - Andy Kaufman Lives (Album, 2017) Indie, Singer-Songwriter, Alternative Rock Music, you may also like:

Bandcamp Daily  your guide to the world of Bandcamp

outré black metal, with a Victory Over the Sun interview and music from Liturgy and Jute Gyte.